Is sharing a toothbrush really bad?

“When it comes to toothbrushes, sharing is not caring. As harmless as it seems, sharing a toothbrush is a health risk not worth taking”. 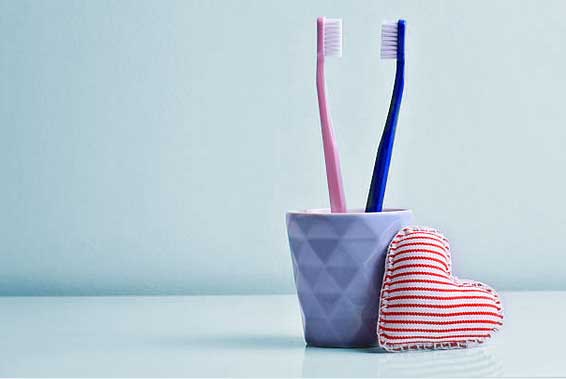 “Sharing is caring” is how the saying goes, but sharing someone else’s toothbrush is a bad choice that could expose you to many forms of disease-causing bacteria. Toothbrush cleaning bristles can easily become contaminated from pathogenic bacteria in dental plaque that is deposited after cleaning your teeth. Infectious bacteria can then be transmitted between people who share the same contaminated toothbrush.

What is toothbrush contamination?

A toothbrush can be considered contaminated when it collects and houses bacteria from external sources. Contamination can come from many areas like –

The skin is a barrier, but the oral mucosa and the gums are definitely not. So while your skin could protect you if you come in contact with an illness causing virus or bacteria, your mouth cannot do so.

When you are sick, your saliva is loaded with the bacteria or virus causing the illness, and if you share your toothbrush, you are literally putting your saliva directly into the other person’s mouth, increasing the risk of transmitting that disease, and if you suffer from any form of immune system problems and lowered immunity, this risk is increased ten-fold.

The risk of disease transmission increases even more if you or the person you are sharing the toothbrush with suffer from gum disease, since gum disease most commonly presents as bleeding gums, your blood could come in contact with the infected person’s blood, and this, in theory, could transmit blood-borne infections, which are far more dangerous than other common infections.

Infectious mononucleosis (commonly known as mono, glandular fever or “the kissing disease”) can be indirectly transmitted from a shared toothbrush.

It is a well-known fact that the mouth is a contaminated environment, but what most people don’t know is that there is a delicate balance between the different bacteria and fungi in the mouth, so they sort of cancel each other out, and every mouth is unique, so when you share a toothbrush with someone, you disturb this delicately balanced environment. The same thing happens when you abuse Antibiotics, mouthwashes and inhalers, and you could be at risk of diseases such as candida (which is a fungal infection) and black tongue (which is a bacterial infection).

Sharing a toothbrush of indeterminate age and usage can be risky. An old and frayed toothbrush is likely to contain higher levels of bacterial contamination that can potentially be transmitted by sharing. If you blindly borrow a toothbrush without knowing its age or history, you could be compromising your personal hygiene. To maximize the benefits of teeth brushing and minimize the risk of self-contamination, everybody should change their toothbrush every 3 or 4 months.

Many diseases can be transmitted through the mouth, some are very common such as the flu and Herpes, and others are way more dangerous such as HIV and Hepatitis.

“Sometimes cleaning teeth can cause the gums to bleed, which can expose anyone who shares a toothbrush to bloodstream diseases“. 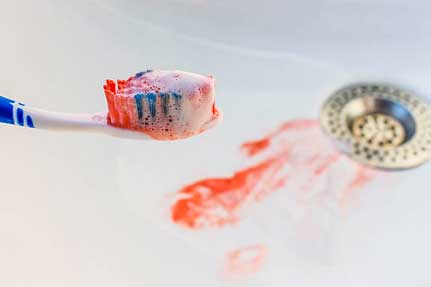 How to clean your teeth without a toothbrush.

If you find yourself in a situation where you don’t have a toothbrush to clean your teeth, there are some things you can do instead that won’t risk your health –

Some foods have anti-decay effects, such as cheese and nuts, others have a mild cleansing effect since they increase the production of saliva, such as apples and carrots.

You can rub a smear of toothpaste on your finger or a clean paper towel, it may not be as effective, but again it is better than nothing.

Some cultures use a piece of twig to clean the teeth, called the Miswaak. Originally, the Miswaak was made from a specific type of tree known as the Arac tree, which is not only gentle on teeth but has therapeutic properties as well, but since it is not available everywhere, you could substitute it for a small, slender and clean twig from any tree you find, provided that it is soft and gentle on the gums and teeth. This tip could really in handy if you go camping outdoors.

Use mouthwash, although it is not a substitute for brushing, it would help until you find a brush.